I welcome you to 2012, the year of the unknown.  Commonly surrounded, I like to think,  by the whispers of end times and spectacular exploding death, with a neon disco soundtrack and subtitles…

This is a bountiful edition of my bloggy post newsletter. Just so as you know.

I’m still reliving many millions of single moments from the lush and frantic emotional smorgasbord served up on the giant and unwieldy platter that was 2011.  A monster year of journeys and circles, dances in circles and circles of fire eventually settling a little too close to home.  But that’s Canada, and I’m here to recap Croatia.

Let’s first set the scene…  This was the number plate of our hip hop producing driver and tour manager.
(This photo was taken before the 35 hour drive from Split to Skopje (Via Zagreb) with no lights.

One of the most symbolically branded food items we were to encounter on our 4 weeks through the mad-arsed Balkans.
Ironically, we had no hint of what these sachets actually contained. 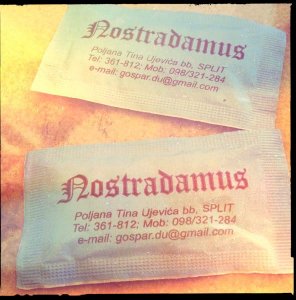 During my 3 day run in with Croatian authorities, I managed to squeeze out a few photos of my interrogation room… The intercom was busted, so  I offered them the use of my backup stage monitor amplifier system, so they could hear what I was saying through the one-way glass.  I know what you’re wondering, and, yes… I did get a lot of electric shocks.

When I tour, I have some standard requests on my rider. While this technically met my requirements, it was not what I had in mind.

P.T.S.D.
It’s great if you’re in a band
It’s a bad if you’re writing a greeting card

This is the traditional Gay Buddha window in Sibenik’s “Red Lane”. Legend has it that if you distract the security long enough, you can get Buddha to touch himself.

We tried, but never had enough doughnuts.

More fun in Sibenik’s “Red Lane”.
This traditional Croatian marriage safety dance, wards off the demons of good taste and sex appeal, leaving the participants cleansed of all worldly distractions, ready to meet Gay Buddha in the temple of yellow breads. 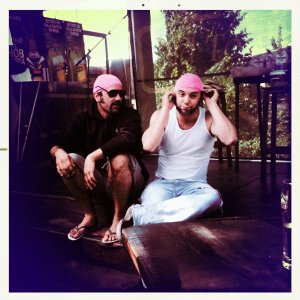 OK… I’m probably going to get in trouble for posting this one.  I was involved with the Croatian Space Missile & Off World Immigration and Time Travel Syndicate back in the late 1580’s.  I stopped in during the tour to catch up with old buddies.
It’s weird, none of us have aged much at all.

This is a powerful image.  Our driver Dorko, just prior to embarking on our 23 hour drive through 5 countries (2 of them, twice), wearing his Grand Theft Auto T-shirt, and showing off his favourite “Driving Shorts”.
As it turned out, it was us who would need several pairs. 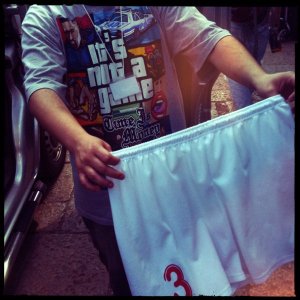 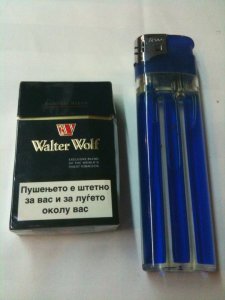 Life seemed to move both faster, and slower, than this guy.
In the end, all we knew was that he was real tasty. 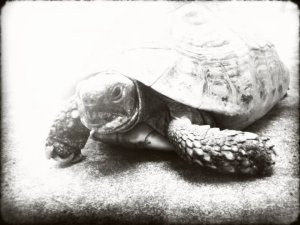 This is the loudest man in Macedonia

For a guy who’s hardly there, he did a long show.

This is the main pitch in Split, Croatia.  On this, the first day of the festival, the city built a V.I.P. Ray-ban Sunglasses shop on it.  On the subsequent 10 days, it was occupied by a continuous succession of events, including, but not limited to… a salsa competition, a 5 a side soccer match, a sword fight, a murder and an Olympic high jumping showcase.

It seemed like these trees grew from seeds in the two weeks I was in Split.
Split is like a cheerleader. You think you want to talk to her, but then, when you do, the conversation just seems to go on for ages.
She’s also way more fertile than you’d prefer.

The elevator was busted (I think there was a body in the gears) so we had to walk to the “B Pitch”.
It’s a long long build, but sometimes, when there’s a cruise ship full of American tourists in port, their helicopters land up here.

Split.  This is how it actually looks.
That’s why they filmed most of the Thunderbirds movies here. (Which explains all the ruined buildings, and puppeteers) 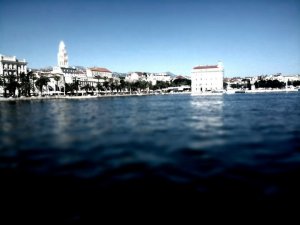 So, that was Croatia.  It’s a beautiful beautiful place filled with mysteries and criminals. They don’t know what beaches are, but they’re happy to take your money, so get yourself over there, and ask about me.  They’ll remember.

Peace and hot water on the rocks…

Vinyl Burns: Resolution Dilution »
« A hysterical brief of my time…

My Podcast: Jesus It's Early